How many times have you heard this from friends, relatives, or family? Don’t believe everything you’re told. Myths fall into that category including techniques for dieting. Here are some tales you shouldn’t believe. Instead of losing weight following these myths will have the opposite effect.

Myth 1: Provided you exercise you can lose weight and eat whatever you want.

If only this were true. There are many health benefits to daily exercise and an energetic lifestyle but once you’re finished that’s no excuse for grabbing a sugar-loaded energy drink. Pigging out. Energy expended has to match the intake of energy so weight is not gained or lost.

So much has been said, influenced by the myriad of low-carbohydrate, high-protein diets, have led us to believe all starches are negative because they and other carbs are converted into sugar which then could be transformed into fat. However, starch, by itself, on its own, is not the difficulty.

Starch, at approximately about 3.75 calories per gram, is the same as sugar. Big portions in addition to sauces with high-fat content and yummy toppings like cream, butter and cream sauces are the guilty parties. Anything in excess can pack on the pounds. That applies to proteins, not just carbs.

Myth 3: Dieting will cause a weight loss

If only. You can be prodded in the direction of a better lifestyle, or lowering blood pressure or the danger of cardiovascular disease but diets can be dismal failures in at reducing weight. A review in 2007 of 31 long-term studies by UCLA scientists published in the journal of American Psychologist demonstrated that diets oftentimes don’t work after dieters reduced the first 5 to 10 percent of their weight. After six months only a small percentage of participants kept weight off. Most regained the weight over the long term. Researchers recommended that a diet plan works best when there are modifications to lifestyle and exercise.

Myth 4: A vitamin and nutrient-loaded sports drink are better than a soda

A sports drink is preferable for its health benefits than a drink in the vending machine; that isn’t always true. A bottle of vitamin water has 50 calories per serving from 13 grams of sugar. Each bottle has 2.5 servings. Gulping down an entire bottle after an exercise session delivers 125 calories. A can of regular coke contains 140 calories. The additional vitamins and minerals may not be needed by the body are redundant if there is a health diet.

Myth 5: Craving and thinking about a certain food prompts you to eat more of it.

Ever thought about treating yourself to a delicious bran muffin only to find, despite your resistance, that you bought one?  Allow yourself the occasional indulgence to thwart that impulse buy.

A six-year-old study in the journal Science demonstrated that people who visualized eating particular foods frequently did not eat as much subsequently, even if an endless supply of that food was offered.

Myth 6: Weight gain occurs after eating late in the evening

No true. Weight will increase if energy intake is greater than expenditure. Eating later in the evening may cause digestive problems, however.

Myth 7: There are fewer calories in Low-fat or fat-free food

A food may be labeled as being low fat but that doesn’t make it so. Fat can be substituted with other nutrients such as starch, sugar, and protein.

Myth: Grazing over the course of a day assists in increasing metabolism

This isn’t true either. While nibbling portions assist in controlling appetite and losing weight it doesn’t work for everyone. In fact, the opposite might occur. Some people pick calorie-laden food and gain weight. To lose weight, studies show, it’s best to have a few snacks and three planned meals.

Myth 9: To prevent from eating too much later in the day have a big breakfast

It isn’t wise to pass on breakfast or have a big one. Passing on breakfast doesn’t prevent you from being hungrier later. There is the potential to eat too much which is self-defeating. 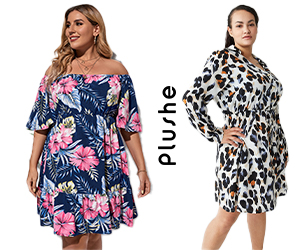